Earlier this week we commented on an article written by Heather Barmore on the Huffington Post. Read that blog post before this one.

Barmore’s article led us to comment on the sometimes willful ignorance the church–among others–has towards racial issues.

As a people following Christ, we don’t have the luxury to be ignorant.

Christ shared a parable in Luke 10:30-37 that speaks to this issue.

The parable is titled The Good Samaritan in every Bible, and you’ve no doubt heard it if you’ve spent any amount of time in church. Without going into too much detail about the Samaritan and Jewish relations, the underlying factors were that Jewish and Samaritan peoples greatly disliked each other over worship places, intermarrying with Gentiles, and a difference in legal traditions.

Despite both having the same father, Jacob (John 4:12), the Jews and the Samaritans could not get along.

They were of one blood and could not love each other.

Christ broke down the barriers that the Jews and Samaritans enforced so terribly by beginning a conversation. We noted earlier this week a couple ways to start a discussion on diversity in your church or community. Now we look at how Christ did it.

Christ shared this parable where robbers struck a Jewish man and both a priest and a Levite–people who in essence had to stop to help the man–walked by without helping the broken man. Finally, a Samaritan walks by and bandages the Jewish man and cares for him. A sworn enemy takes care of the Jewish man and fulfills Christ’s call to love his neighbor as himself.

Christ began the discussion and then he acts on it by loving Samaritans as a Jewish man (John 4:7-45). Like Christ, we must not only begin the discussion, but we must act on it as well.

Let this worship song–One Kingdom–from Proskuneo Ministries help you think of ways to start a discussion on diversity and act on it. 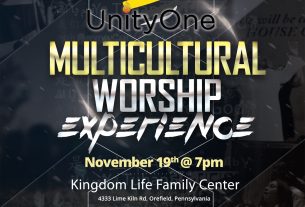 Unity among the Believers: How Witnessing Unites Us Part 1 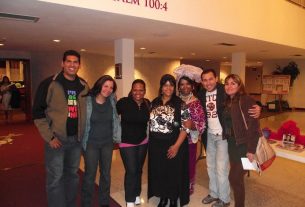 How To Begin Embracing Other Cultures