Our last post discussed a simple but confrontational question: Can we as Christians be unified if our churches are segregated?

The answer doesn’t appear to be positive.

Paul dealt with a similar situation in his first letter to the Corinthians. The Corinthians, though, were not divided over race but over which leader baptized them. Some were saying they were of Apollos, or Cephas, or Christ. They were making divisions among themselves as they followed their ideal teacher.

Paul addressed the situation clearly: “Now I exhort you, brethren, by the name of our Lord Jesus Christ, that you all agree and that there be no divisions among you, but that you be made complete in the same mind and in the same judgment.” (1 Corinthians 1:10)

Similarly, churches today make the same divisions across cultural lines. Some act like they are saying, “I am of the Black church,” or, “I am of the conservative or liberal White church,” or “I am of the Korean church,” etc. Many Christians also actually divide themselves according to their church denominations.

Isn’t all of this very similar to the issue that Paul was correcting in 1 Corinthians?

Our last post implied that a segregated church cannot be a unified church. Paul clearly makes that point in his letter. So then, the key to unity among ourselves and our churches today is desegregation.

Our churches must desegregate racially to enter into the unity of the “Divine Us.”

Our churches must desegregate denominationally to enter into the unity of the “Divine Us.”

Our churches must desegregate from mindless tribalism to enter into the communal heart that the Trinity lives in.

Get in touch with us if you’d like to get a glimpse of what it looks like to have a desegregated worship service.

How To Stay Strong In Your Identity With Christ 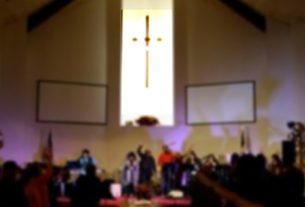 A Summary Of The Divine Us

The Unifying Effect of Witnesses: How Witnessing Unites Us Part 3